The ‘Environmental Awareness and Climate Change Project’ (Environmental Awareness Project; 2015 – 2017) was implemented as a three-year project with the aim of contributing to environmental sustainability through awareness-raising campaigns on environmental protection, climate change adaptation, and mitigation best practices. The project was funded by the German Bundesministerium für Wirtschaftliche Zusammenarbeit (BMZ) and implemented in partnership with the Desert Research Foundation of Namibia (DRFN). Building on the guiding principles of the National Climate Change Policy (NCCP), the project supported awareness generation, education, training, and capacity building using a dynamic approach centring information sharing, the distribution of educational materials (such as the Think Namibia campaign established in 2015) and the fostering of public dialogue platforms as part of Namibia’s national response to climate change.

The Objectives of the Environmental Awareness Project were:

Namibia University of Science and Technology

Ministry of Environment, Forestry and Tourism

Outcomes and Achievements of the Environmental Awareness Project:

The Environmental Awareness Project successfully launched the Think Namibia Information Campaign in 2015 with the goal of creating a supportive platform for other stakeholders to showcase research, achievements and knowledge products related to environmental sustainability in Namibia. The campaign has since taken pioneering steps toward cultivating systems-thinking approaches, with a more holistic view of the dynamic relationship that exists between the environment, economy, and society in Namibia. 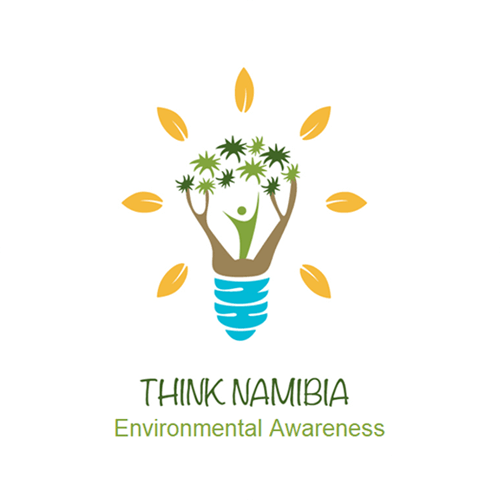 The project has also designed ten Fact Sheets and four Posters covering diverse environmental matters in Namibia. Through the Think Namibia Campaign, they were distributed widely to almost 1,800 Namibian schools.

Find the posters and infographics from all TH!NK Namibia campaigns: POSTERS

In addition, ten short educational videos were produced and streamed on NBC television.

Find the videos from all TH!NK Namibia campaigns: VIDEOS

Moreover, the Environmental Awareness Project has organised close to 20 dialogue events which have reached about 1,500 participants. One such dialogue event focused on the role of youth in addressing Namibia’s water scarcity challenges. Water’s central role in Earth’s biosphere has long implied that several of the most important challenges confronting human development are related to fresh water. This has been true for decades and will only intensify without a fundamental change of approach to human water use in the future. Indeed, if we are serious about meeting our human development objectives for the coming century, the way we plan and manage water resources must be given precedence through improved governance, more effective stakeholder participation and capacity building.

Find the book from all TH!NK Namibia campaigns: BOOKS

The Environmental Awareness Project has further trained numerous journalists and young eco-entrepreneurs with the most outstanding individuals being recognised at the Sustainable Development Awards 2017. The media in particularplays a crucial role in the fight against climate change: the National Policy on Climate Change for Namibia calls on the media to regularly cover issues of climate change to empower communities to take appropriate actions, especially on adaptation and mitigation. However, this responsibility can only be fulfilled if journalists and other media practitioners are well trained on the subject matter.

Unfortunately, recent studies have concluded that many journalists do not show interest in reporting on environmental matters, despite the urgency of these matters globally and especially locally in Namibia which is forecast to be one of the worst impacted countries by climate change. Consequently, our training specifically sought to build local journalists’ understanding of the science of climate change, the United Nations Framework Convention on Climate Change (UNFCCC), the economics of climate change, peace and security, funding mechanisms as well as how to effectively report on climate change issues both in Namibia and in the world more generally.

Games for the SDGs

Finally, the highly successful ‘Games for the SDGs’ (Progress Namibia/NYCCC) have their origin in the Environmental Awareness Project. These events consist of a series of monthly games aimed at building awareness and active participation in reaching the UN Sustainable Development Goals amongst Namibian youth.