On 02 February 2022, the NSFM-Project visited Kavango West and organised a Panel Discussion in Nkurenkuru. The question under consideration was ‘How to Integrate Local Communities as Equal Partners in Sustainable Forest Resource Management?’. This event is a component of a larger series of public discussions around the topic of Sustainable Forest Management (SFM). The public discussion series takes place in the Zambezi and Kavango regions as well as in Windhoek and is an integral part of the NSFM-Project funded by the European Union.

Moderated by Ms Daisy Manungo and translations done by Mr Stefanus Kudumo, the Panel Discussion event commenced with the welcoming remarks provided by the Hon. Councillor Fillepus Tenga on behalf of the Governor of the Kavango West Region, followed by the introduction and objectives provided by Dr Lara Beer, Project Manager of the NSFM-Project. After the introductory session, the actual Panel Discussion started with giving each of the five panellists invited the opportunity to present their statements on the question at hand. The panel consisted of Ms Aina Andreas of the Namibia Nature Foundation (NNF), Mr Leroy Diocotlhe of Miombo Forestry Products, Ms Natalia Heita of the Environmental Lawyers Network of Namibia (ELNN), Mr Erasmus Ambuga of the Directorate of Forestry (DoF) and Ms Maria Shipapo of the MIST Agricultural Laboratory.

Ms Andreas commenced with a strong statement: ‘I think communities have been doing SFM better in the past than we are doing it today’. She stated climate change, poverty and hunger as the main causes which are driving communities away from SFM. In closing, she said that communities need to be aware again of the value of their forest resources, because, as long as communities do not know the value, the so-called partners are robbing them.

Mr Diocothle underlined his statement by firstly defining SFM and scoring the three pillars of SFM out of five. The social pillar scored quite well with a four as he stated that the only limitations from a social-cultural side are illegal harvesting activities, and fire management practices. The environmental pillar scored ok with a three; Mr Diocotlhe explained the only average scoring with the lack of using the full potential of Namibia’s environmental laws. He stated that Namibia should offer concessions so that private companies invest in Namibia. The economic pillar scored badly with just a one; he sees the biggest problem in the missing procurement framework. He chalked up that no structure on how to select the best company to sell to exists. He concluded by saying: ‘Give [entrepreneurs] professional support to get the best clients in the world and to be able to give a commitment of five to 10 years in providing timber.’

Ms Heita highlighted the Namibian laws that mention SFM. She stated that the challenges of communities must be in cooperated into the revised forest act because ‘communities need equal share in forest products’.

Mr Ambuga stressed that, with the forest act, the provision for improved SFM is already given. He said: ‘Let’s support what is already here!’ He further stated that, to sustain resources, existing structures needed to be supported, and that Namibian products needed to be put into a market position.

Ms Shipapo highlighted the need that especially young people needed to learn about the value of trees. She instanced value addition through producing oil from the trees’ fruits or creating new recipes. ‘Try to enter a niche market with, for instance, chilli flavoured chips from the forest’, she said.

After all five panellists had given their statement, a very lively and engaged discussion developed; the audience had many questions and comments related to the panellists’ statements. The event closed with the closing remarks delivered by Hon. Joseph Sikondo, Chairperson of the Regional Council Kavango West. He had a meaningful message to the audience: ‘If you make your region a desert, you chase away the rain!’ 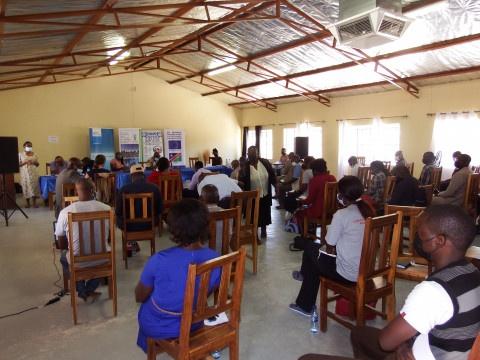 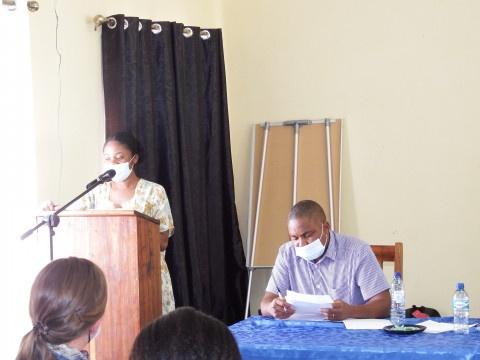 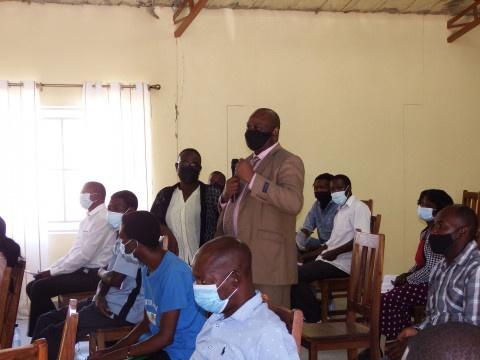 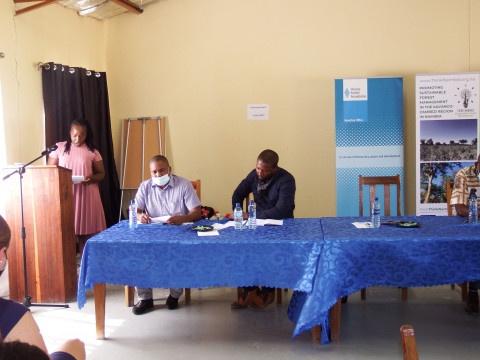 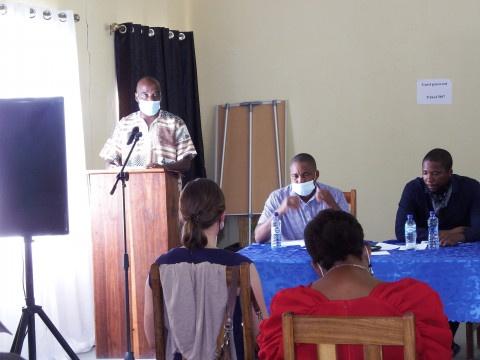